Born during the Qing Dynasty, （同治七年） Weng is a famous Taizuquan practitioner in Xiamen, China.
He was awarded the the rank of 武举人 Wujuren after an imperial martial arts exam in 1892. A Chinese physician by trade he set up his own clinic in Xiamen in 1895 after the First Sino-Japanese War between Qing China and Japan. He was known to be be a patriot and a philanthropist, often giving out free medicine and treatment to the poor. Weng was also an active member of the Tong Meng Hui （同盟会）, a revolutionary group formed by Sun Yat Sen （孙中山） to combat the decadent and corrupt Qing Dynasty.

His descendants still kept a picture of a plaque written and signed by Sun Yat Sen commemorating Weng's contributions to the revolution as well as his philanthropic activities to relief the poor. The original plaque however was lost during the cultural revolution. Quek Hiong Hor studied a number of martial arts, having started doing martial arts with a master from Shandong named Cao Fubiao （曹复彪） since he was nine years old. At a tender age he is taught by his sifu that Taizuquan is one of the most effective and deadly martial arts. When he moved to Xiamen in 1917 he was overjoyed when he was introduced to Weng Chao Xian and begun studying Taizuquan. During his life he travelled widely, living in Thailand, Malaysia and finally settling down in Singapore.  He is most well known to be invited in the 1960s for a Chinese Thai tournament. He fought and defeated a Muay Thai Champion in the ring and came back to Singapore with a purse of 20,000 baht. He started 闽南国术馆 in Singapore to continue spreading Taizuquan. His most notable student is Teo Choon Teck, founder of Sancheendo Martial Arts Institute. Teo Choon Teck is the founder and current Chief Instructor of Sancheendo Martial Arts Institute. Following the tradition of Quek who fought in the ring against the Muay Thai Champion.  He was noted for being active in the free sparring competition in the 70s and 80s. In 1969 he represented Singapore in the First South East Asia Free Sparring Tournament and was awarded Middleweight Champion. In 1971 he represented Singapore again to fight in the Second Southeast Asia Free Sparring Tournament and was awarded Second in his weight class. Sifu Teo's victories mark a trend amongst students of Sancheendo to be active and successful in Free Sparring Competition and Sanda matches. Resulting in a a number of champions and medal holders from Sancheendo Martial Arts Institute.

Besides the competitive stage, Teo also focus strongly on the traditional aspects of Taizuquan, which he refer to as kuntao. He always tells his students that when it comes to Kuntao, it is serious and no longer fooling around like it is in the ring. This emphasis on traditional kuntao lies in his focus on traditional training methods, utilizing old school training methods such as the conditioning of the limbs and practising of the forms and techniques. Unlike many modern schools, techniques within forms is always taught and students always place a combative focus while practising forms.

Sifu Teo was awarded Ninth Dan in 2010 by the International Wuzuquan Federation in Quanzhou, China Today, at a age of over 70,  Sifu Teo still worked hard and toiled for the development of Taizuquan and Sancheendo. Never failing to turn up during Sancheendo trainings to show his presence and to guide the newer generation. More pictures of Sifu Teo below 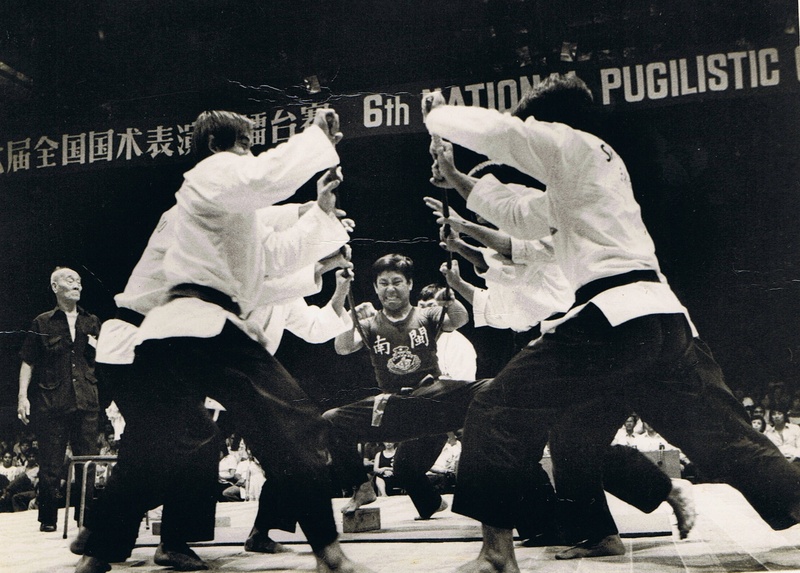 Master Teo performing Ngei Gang （硬功）  in 1984 to coil a metal bar around his body. 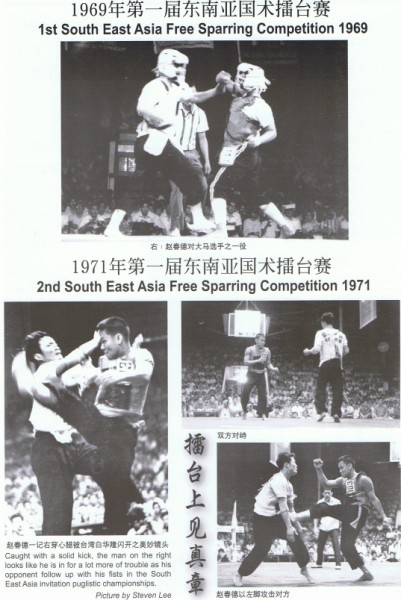 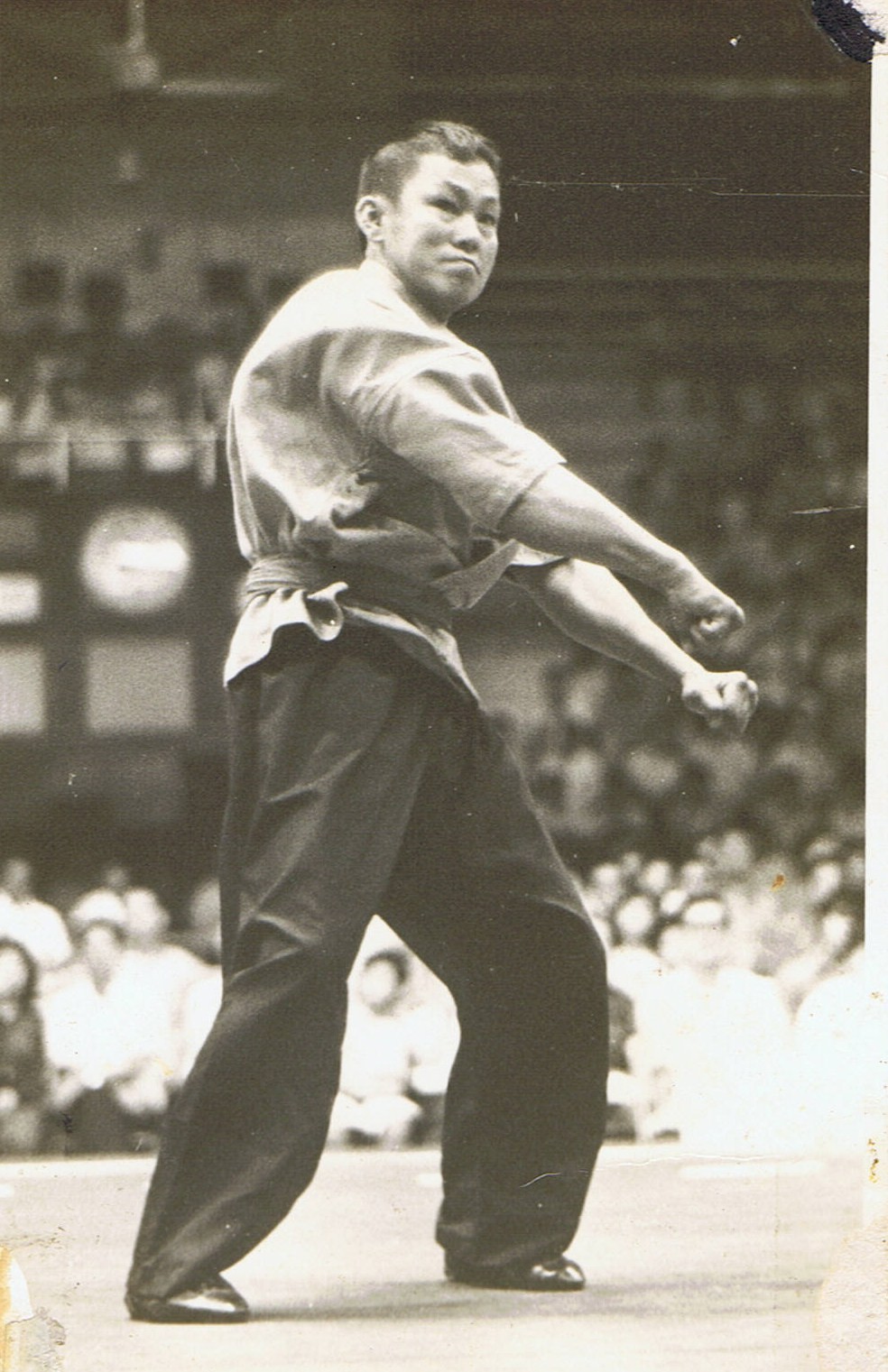